Love animals and travel? Here are 10 destinations that could allow you to get up and close with some of the world’s most exotic and rate wildlife. 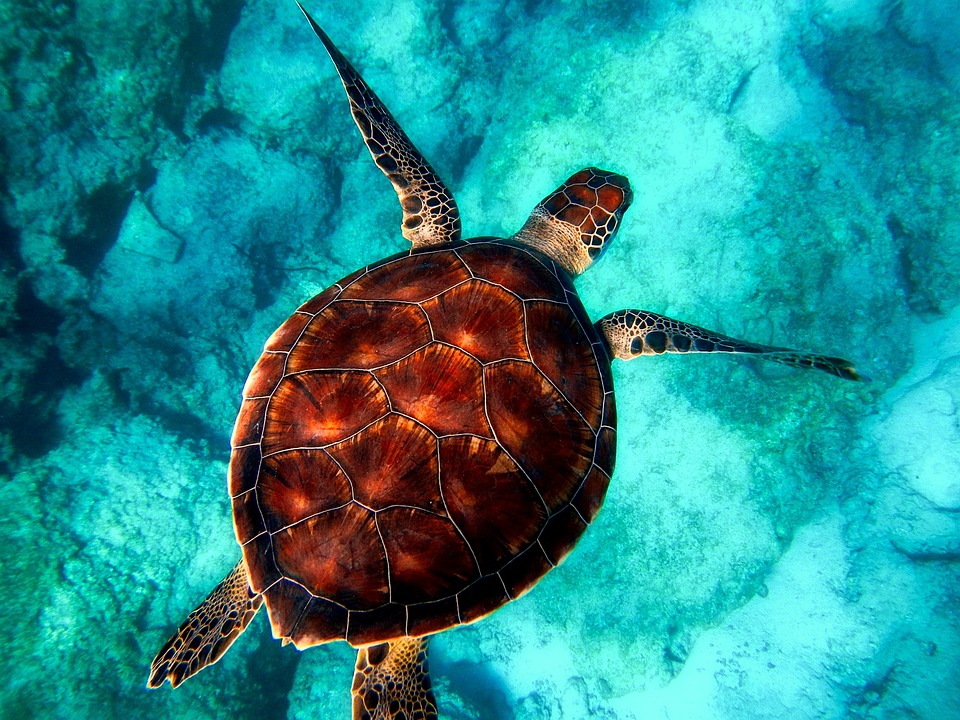 When it comes to marine wildlife, no place on Earth has the biodiversity that the Great Barrier Reef has. In just a single two-acre area of the barrier reef, there are more species of fish than there are species of birds in America. These include sharks, rays and other stunning fish. You can also see endangered marine wildlife here such as dugongs and green sea turtles, as well as 400 types of coral and over 4000 species of mollusk.

There are lots of different parts of the Great Barrier Reef to explore. You can do by snorkeling, scuba diving or by simply taking a glass-bottomed boat (or a combination of the three).

Arguably America’s most renowned national park, Yellowstone is home to impressive scenery and an array of exciting wildlife including wolves, bears, bison, moose, and elk. There are even rate sightings of lynxes and wolverines.

There are tours for seeing wolves in Yellowstone that are worth booking to increase your chances of a sighting. Meanwhile, there are campsites where you can pitch up a tent among bison and elk (just be careful of the bears when camping!).

Located off the coast of Ecuador, the Galapagos Islands are famous for their endemic species, the likes of which cannot be found elsewhere on the globe. This includes flightless cormorants, Galapagos penguins (the most northerly penguins in the world) and marine iguanas. The islands are also home to some of the biggest and oldest giant tortoises.

Many people visit the islands via a cruise from Ecuador mainland. There are also hotels on the islands from which you can take tours (although you can spot a lot of exotic wildlife here just be exploring yourself). 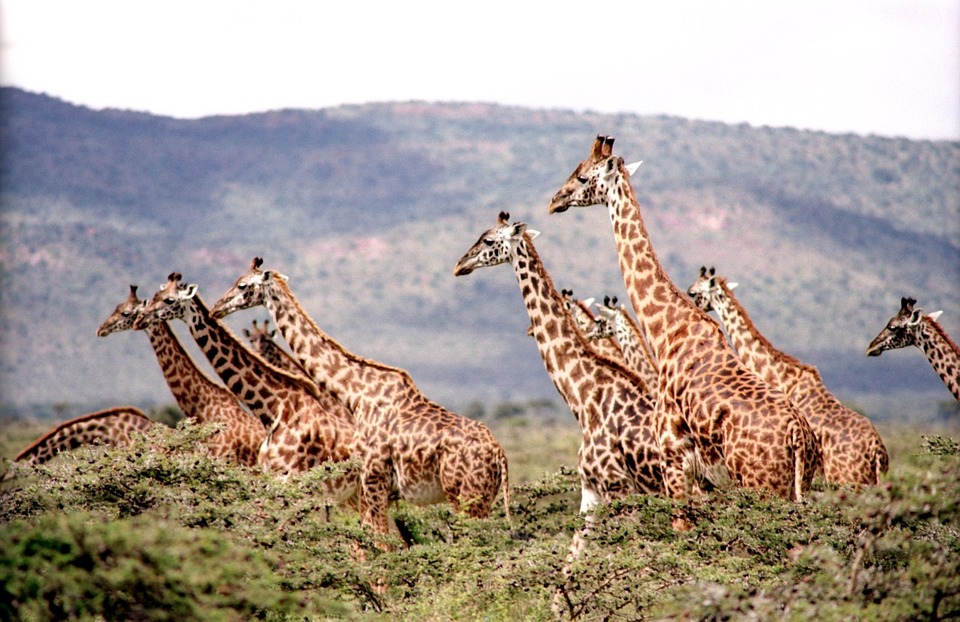 There are many great African national parks for seeing wildlife including Kruger, Chobe, and Etosha. However, Serengeti National Park in Northern Tanzania is the best option for those that want to experience the annual migration of wildebeest and zebras. There’s also a chance to spot the Big Five here – the lion, the leopard, the buffalo, the elephant, and the black rhino – as well as various other wildlife including giraffes, impala, and gazelle.

A Serengeti safari is the best way to see this wildlife – there are many different tours to choose from. There are also hotels across the national park with views of the plains.

Approximately 90% of Madagascar’s wildlife species are endemic (meaning that they cannot be found anywhere else in the world). Lemurs are the most famous example and there are 101 subspecies. A number of unusual reptiles and birds can also be found here.

There are a number of lemur tours that you can take across the island. Madagascar also has sanctuaries for lemurs where you can get up close with these unique primates.

Located in Indonesia, Komodo is famous for one particular creature that cannot be found anywhere else – the Komodo dragon. The largest reptile in the world, it is regarded as one of the most dangerous and equally mysterious creatures in the world.

You should only ever visit Komodo National Park with a guide. They will be able to safely take you to the best spots where you can get up close to these creatures. Day tours regularly leave from Bali (why not combine a Komodo adventure with a Bali vacation?).

Borneo is home to some of the most endangered animals on the planet. These include tigers, orangutans, Sumatran rhinos and pygmy elephants. Other unique animals such as the proboscis monkey, clouded leopard, sun bear, and flying fox bat also inhabit this region.

You can take various wildlife tours through the rainforests of Borneo to spot these creatures. You’ll also find orangutan sanctuaries across Borneo and preservation projects dedicated to tigers and elephants. 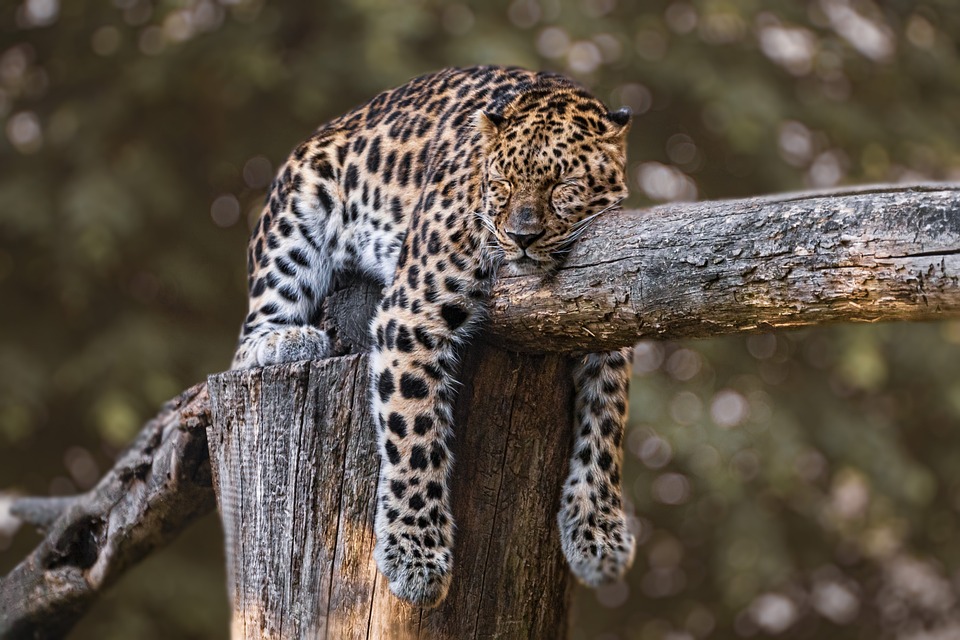 10% of the world’s biodiversity can be found in the Amazon rainforest. Jaguars, sloths, macaws, anacondas and poison dart frogs are just some of the types of wildlife found here. There are even river dolphins and caimans to be found in the river.

Yala National Park in Sri Lanka has one of the highest densities of leopards on the planet. It’s also one of the top places to see Asian elephants in the wild. Many species of birds and reptiles also inhabit the area.

Access to Yala National Park is restricted for conservation reasons. Taking a guided tour is usually the best way to guarantee access. While in Sri Lanka, it’s also worth visiting the various elephant sanctuaries.

Few people visit Antarctica. Those that do visit the continent for tourism tend to go for the penguins. There are a variety of species of penguins including emperor penguins, chinstrap penguins, and macaroni penguins.

You can visit Antarctica from Chile. There are no hotels on the continent – you’ll generally stay in a ship from which you can take guided tours. Temperatures commonly plummet well below freezing. It’s not a travel destination for those that are hoping to work on their tan.