The British are known for their dry sense of humor, their room-temperature beer, Shakespeare, and their conquering of many a foreign land. They are not, however, revered for their national cuisine. Intriguingly named dishes consist of a variety of items we Americans may find off-putting, but a trip to London wouldn’t be complete without trying one or two of these favored dishes.

A trip to London requires certain elements: a conveniently located IHG hotel, theater tickets, a tour on a double-decker bus, and a trip past one or two of the many royal palaces. Dining options abound, offering up nearly every ethnic cuisine and high-end restaurant you can imagine, but a visit to London should certainly include some very traditional British food.

Not a dessert but a savory treat, black pudding is blood sausage combined with oatmeal, salt, and some fat. While the description may not entice you to try the dish, it’s actually quite delicious as a light lunch with some chips or a salad.

I’ve found that the terms used by the British cause frequent, and often hysterical, misinterpretations. A perfect example is faggots, a must-have comfort food. They’re meatballs made with liver, lungs, heart, and pork belly, served with potato mash and that quintessentially British food, mushy peas. While I can do without mushy peas of any sort, the faggots are quite a delicious change from a typical meatball. 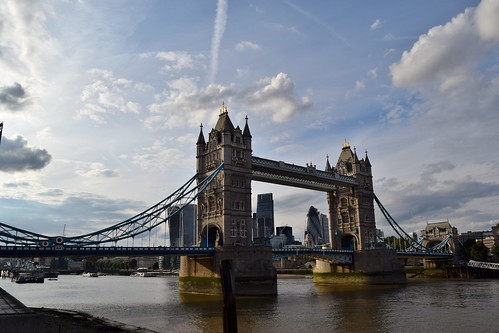 I love a good sandwich loaded with vegetables, meat, and cheese. A chip butty was a revelation. This sandwich is made with chips, accented with vinegar and ketchup, and served between two slices of white bread. Mushy, salty, and absolutely not a healthy choice, this sandwich is utterly delicious after a night on the town.

Breakfast on the Go 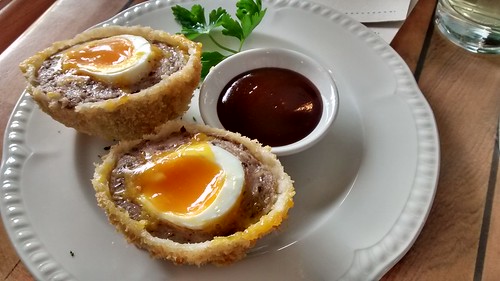 Originally invented as an easily transportable meal for workers, the Scotch egg sounds a bit strange, but it offers all the components of breakfast. It’s a boiled egg wrapped in sausage, rolled in bread crumbs, and fried. Scotch eggs are unusual, but they’re also tasty and mobile.

Stargazy pie was almost my undoing. While I like fish and pot pies, I’m not a fan of fish looking at me from the middle of my pot pie. This classic Cornish dish features an egg and potato pie in a lovely pastry, but it also includes fish, seemingly jumping out of the pastry. While it’s delicious, I give this dish a thumbs down for presentation.

While I’ll never grow to appreciate Marmite or feel delight over the idea of jellied eels or any number of other British favorites, travel is as much about the food as it is about the people and the sites. Step outside of your comfort zone and try one of these dishes during your next trip to London. You may find a new favorite. If not, you’ll never be far away from a kebab shop.